STONECREST—Residents got their first glimpse Monday night (November 1) of plans for a proposed Serenbe-inspired mixed-use community for a 657.3-acre stretch of lush woodlands along the South River in DeKalb Counties and Rockdale.

The “South River” vision resembles Serenbe, a 1,000-acre community in Chattahoochee Hills, Georgia, located about 30 miles southwest of Atlanta. Serenbe is set amongst unspoiled forests and grasslands with miles of nature trails connecting homes to restaurants, arts and businesses. The community is an example of new urbanism focused on city blocks and pedestrian streets, green spaces, downtown areas, and nearby housing and commerce. Alpharetta, the walkable community in Avalon, Georgia, which bills itself as a “new experience in the timeless art of living well,” is another example of the tight integration of homes, retail, stores and outdoor open spaces that Battle and TSW want to bring to the proposed community of South River.

Battle said the property has been privately held for decades. She said she got involved in creating the vision to transform the flier after she and Price initially pitched a housing estate which apparently didn’t have much of a ‘wow’ effect for the two elected officials who have heard the pitch. Battle said she and her team’s visit to Serenbe inspired a bigger vision.

Battle said she believes the mixed-use, environmentally-focused South River project could be the first predominantly African-American community of its kind in the country.

“I think this is an exciting opportunity for potential residents and businesses. I am hopeful that the Town of Stonecrest, DeKalb County and Rockdale County will champion this project and make it happen,” Battle said. On common ground. “It’s going to take everyone coming together to get there. There are several parts to this plan. Not everything will be done in a year or two. It could take 10-15 years to build.

“The comprehensive plan we developed takes full advantage of the community preserving as much green space as possible…Our team envisioned a walkable downtown, two small villages, and a variety of housing options clustered together in lovely hamlets,” Walsh said. “The comprehensive plan we have developed takes full advantage of the site’s location and natural amenities, including its proximity to the Arabia Mountain National Heritage Area, South River, which runs along the tract, and State Park. from nearby Panola Mountain. We plan to create a comprehensive trail network, unique natural gathering places, river access, and recreational options throughout the property. 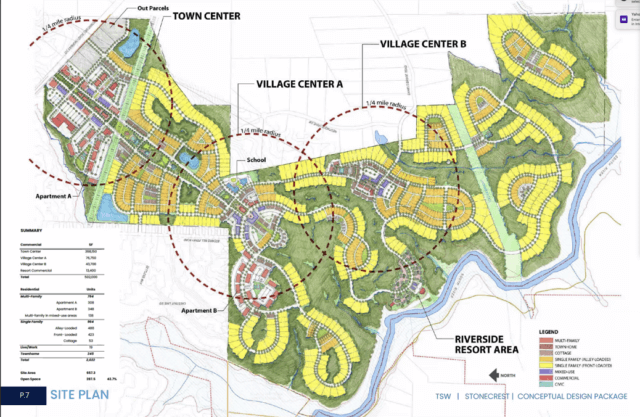 Battle told residents during the Zoom meeting that community input is an essential part of the planning process as there will be several hurdles to overcome. Battle said she and the planning team, for example, need to look at parts of the property in the Arabia Mountain Overlay District that should be rezoned and that annexation could also be a factor. Battle said 60% of the land is in the town of Stonecrest, DeKalb County, while 40% is in Rockdale County.

TSW projects 2,022 homes would be built in the new community, including 964 single-family homes as well as townhomes and apartment complexes connected to walking paths, parks and green spaces, and an amphitheater. The project provides 500,000 square feet of commercial space which would include a grocery store. A Montessori school and fire department are also possibilities, as well as a resort area with a hotel and amenities such as horseback riding.

Traffic was one of the main concerns raised by residents at Tuesday’s meeting. Residents were also concerned about the height of the apartments and whether there would be natural buffers to maintain the privacy of the existing communities. A resident of the Chestnut Lakes Subdivision near Setters Way said she was particularly concerned about through traffic from residents and others seeking to shop in the new community. An elderly person expressed his “fear” that the new community could radically change his way of life.

Battle said traffic studies would be part of the overall plan and the project could not move forward without them. She said that she and the planning team would do everything possible to make the proposed community one that would improve the community as a whole. She said the inclusion of apartments in the mix was intentional. 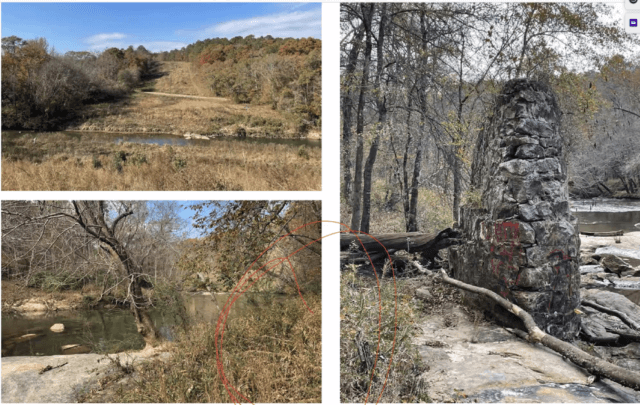 “We want to make sure we have an integrated community that includes people from different economic situations or maybe just their desire to rent rather than buy a home,” Battle said.

Around 60 people attended the Zoom meeting. At the end of the meeting, Battle said that of the 30 people who responded to a survey, 20 said they would be in favor and 10 ticked a box indicating they were against, with some citing trafficking as their primary raison.

“I was pleased with the turnout, participation and feedback. We know we have a lot of work to do. We want entry. We want this community to be one they are proud of,” Battle said.

Battle said the next community meeting will be in a few weeks. The date and time of the meeting will be announced in On common groundthe statutory body of the town of Stonecrest: www.ocgnews.com.

Battle encouraged residents to contact her with questions and concerns, as well as requests for team members to come out and talk to their communities: 404-601-7616, Ext. 1 or [email protected]